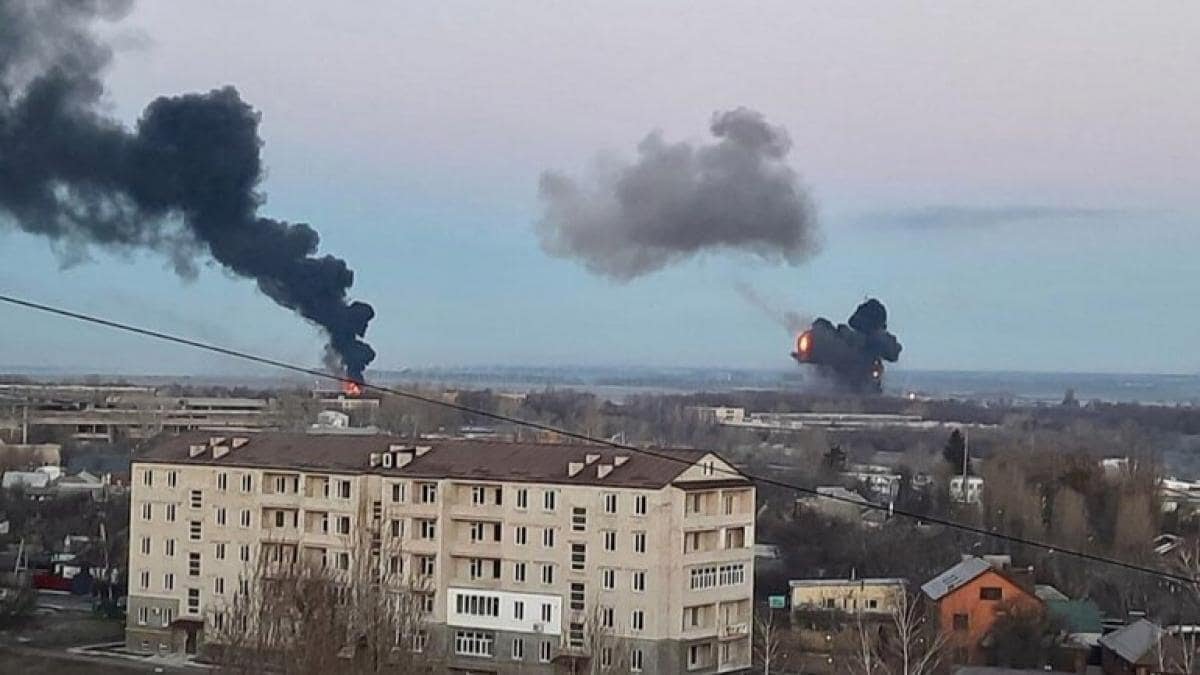 As tensions ramp up between the West and its antagonists in Russia and China, fears are growing that proxy wars could develop into wider armed conflict.
Amid threats of the Russian invasion, netizens took to Twitter to share their fears that the Russia-Ukraine crisis might trigger a World War 3 like situation.

Russia’s declaration of war on Ukraine has prompted outrage from across the world with nations and people alike condemning President Vladimir Putin’s act.

While he has claimed that it’s a military action in Ukraine, explosions could be heard soon after in the capital Kyiv and other parts of the country. Putin also called on Ukrainian service members to “lay down their arms and go home”, adding that the special military action was meant for “demilitarisation and denazification” of Ukraine.

Putin has also warned other nations not to interfere with the Russian action as it would result in “consequences they have never seen”. Soon after his announcement, big explosions were witnessed in Ukraine’s Kyiv, Kharkiv and other regions.

Later, air sirens also went off in Kyiv, indicating that the capital is under attack. Meanwhile, Ukraine has closed its air space for civilian flights due to a “high risk” to safety amid Russia’s declaration of war on the country. Besides, The United Nations Security Council held an emergency meeting at the request of Ukraine on Wednesday night.

The move escalated tensions in the region, heightening fears of Russia’s invasion of Ukraine. Putin also ordered Russian soldiers into eastern Ukraine in what the Kremlin termed a “peacekeeping” mission in the Moscow-backed regions.

Covid19 about to World War III
be Over. Started

Waking up to see Putin, Ukrain, North Korea, World war III and Nuclear Trending. Y'all should calm down please. pic.twitter.com/NPzOqn85KZ

Inside this Ukraine, Putin, NATO, World War III and this is what you are thinking of 🤣🤣🤣🤣🤣🤣🤣 pic.twitter.com/TmaTcAB01C

What if this Russia and Ukraine matter escalates and world war III actually happens and the first male child of every family is called to defend their country? pic.twitter.com/dVpwyDA3P4