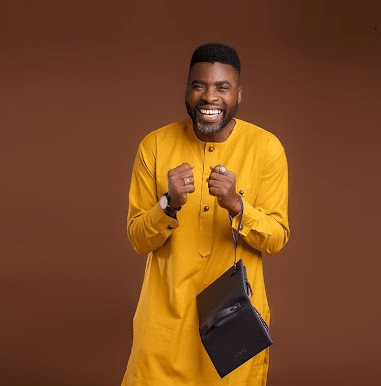 All We Know About Ibrahim Chatta, Career, Private Life, Scandals

Ibrahim Chatta worked as a bus conductor before venturing into the Yoruba movie industry and eventually hitting the limelight with the movie Aiyekooto. Chatta whose full name is Ibrahim Abiodun Chatta is of Tapa descent (Nupe ethnic group). His mother is from Modakeke, Osun State.

Ibrahim Chatta was born in a tribe in Kwara state on October 13, 1970. He was born in a large family of 14 children, his mother is a woman from, Modakeke, a small town in Osun state. Ibrahim Chatta whose full name is Abiodun Ibrahim Chatta didn’t complete his education because he had a strong passion for acting. He once claimed to have dropped out of school just after he completed the Primary 3 session and has not gone back to continue ever since.

Ibrahim Chatta discovered his passion for theatre plays at a very young age and would often attend such shows when a theatre group is in town.  Growing up, he was privileged to see the likes of Adebayo Salami (Oga Bello), Duro Ladipo, and Ray Eyiwunmi (baba Ray) perform. He noted that watching these people do what they loved doing inspired him, and then, he decided to pursue the path of acting.

A Quick Glance At Ibrahim Chatta

He started his professional career as an actor in 1985 when he joined Joseph Laoye (uncle Joe) a product of baba Ray. One feature that helped his growth in the entertainment industry was his command and use of the Yoruba language, despite being of Tada descent.

Asides from acting, Ibrahim is also a talented singer and songwriter. He has performed over 100 soundtracks and numerous commercial jingles in the Yoruba language. Some of his notable songs include ‘Friday Night‘, ‘My Money‘,’Boom Boom Boom‘ and ‘Area‘.

Ibrahim Chatta is a renowned Nigerian actor and movie director. He is popular for his roles in Yoruba movies and came into the hall of fame after he was featured in “Aiyekooto”. Ibrahim Chatta’s net worth is an estimated $1 million.

Ibrahim Chatta is currently married to Olaide Aishat, better known as Lizzy Berry. The couple got married in 2016 and their fusion is blessed with two children.

Ibrahim’s marriage with Lizzy Berry is his 3rd marriage. His first marriage was to Olayinka Solomon, which ended some years ago after allegations of wife battery. He was blessed with a child from their union.

He also got married to the daughter of the former governor of Kwara state, Shaaba Lafiaji, Salamatu, in 2013. The marriage too didn’t last long and ended in a divorce.

The rumor about Salamatu was that when Salamatu’s mother visited the house in which the couple lived, she was disappointed and upset by the living conditions of her daughter Salamatu because it did not represent the rich environment, in which she was Salamatu was brought up. Salamatu and Ibrahim broke up after a scandal surrounding domestic violence.

We met on the set of a Kunle Afod’s movie titled Tiwonsikanga in 2007. We started living together from 2008 and he was my first love. I have never dated any other guy in my life; he deflowed me and that was why I submitted myself to him. He was a womanizer, a gold digger who collected all the money in my account before I realised what was going on. Upon sensing that I was broke, he began misbehaving and bringing women into our house.

She, Salamatu added that the constant berating and rough-handling resulted in a miscarriage. However, in his defense, Ibrahim denied saying that he cannot hit a woman and admitted that he had only raised his hand to his wife once and that was when she slapped him. Moving on, Ibrahim got Lizzie berry pregnant and tied the knot with her, according to a leak on Nairaland.

Ibrahim Chatta publicly broke down in tears at a cinema on April 15, 2022, which sparked online reactions.

In the video that surfaced online, after meeting Ibrahim Chatta for the first time at the Cinema, a female fan started shedding tears.

Ibrahim Chatta was also cheered by some fans and overwhelmed by the show of love, and the actor suddenly broke down in tears.

This generated mixed reactions, while some netizens claimed Ibrahim broke down in tears to avoid spending money others claimed he was always too emotional.

kamisha222 wrote: He was overwhelmed to see how much love his fan has for him.

Next post Amina Muaddi: The Designer Finally Speak On Cheating With A$AP