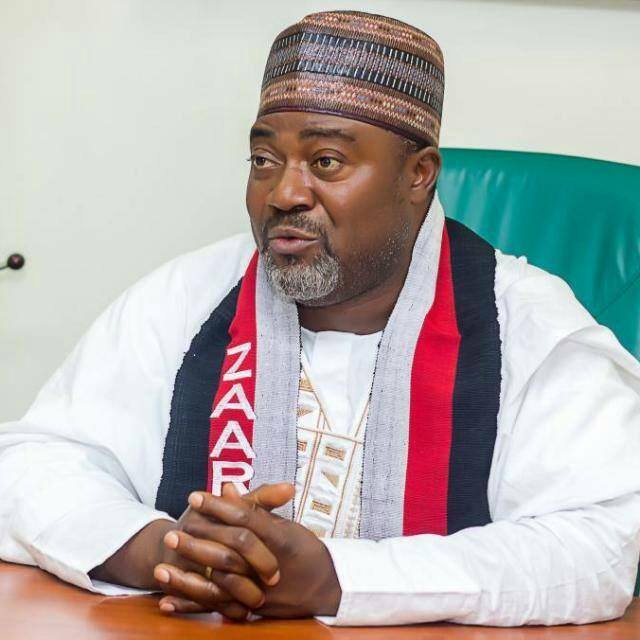 Yakubu Barde has urged the federal government to legalize guns to allow Nigerians to defend themselves.

Expressing worries about the growing cases of insecurity in the country, the lawmaker suggested that if criminals know that the person they want to attack also has a means of defending himself/herself, they would think twice before launching such an attack.

Barde spoke on Tuesday at a media briefing in Abuja against the backdrop of the recent abductions in Kaduna State.

On Monday, over 100 school children were kidnapped by bandits from Bethel Baptist High School in Chikun local government area of Kaduna.

About 24 hours earlier, gunmen had also invaded and abducted persons including babies and nurses from the staff quarters of the National Centre for Tuberculosis and Leprosy in Zaria, also in Kaduna.

Reacting to the incidents, Barde condemned the attacks and abductions and urged the government to legalize guns for self-defence.

He said: “For me, I think the time has come. We should legalize guns, so that if you know I have a gun and you are coming to attack me, all I need to do is to have small training over you — you have AK-47, I have AK-47. If I have better training than you, I will kill you. Simple!”

“Yes, I, honourable Yakubu Barde, I am calling that they should unban guns. Let all Nigerian have guns like phones. But before that, let us be very careful also.

He however also called for caution in legalizing guns so that the process will not be bastardized and anyone that uses it unjustly must be made to face the law.

“The necessary machinery should be put in place to ensure that if anyone commits crime with a gun, let justice catch up with him.

“Today, if you legalize that, anybody who doesn’t like you or you have the same girlfriend would just come and kill you. That is the truth. Or one girl will kill another girl because they have the same boyfriend. And do we have the wherewithal to capture criminals like that? Do we have a database of Nigerians that fingerprint can be used to track down offenders. Do we have that? We don’t have. For me, it is even better that way than to be killed in the hands of the bandits.”

The lawmaker submitted that the government has failed in its responsibility of protecting the citizens of the country, lamenting that the current level of insecurity must not be allowed to continue.

“Let us say it. How long shall we continue this way? Are we going to continue to live like this? As I speak to you today, to prevent these things happening, Kaduna state government has closed down 13 schools.

“Very soon, children are going to write WAEC exams and they have not had lectures. They are going to sit at home to write. Are we thinking of the future of these children? If you look at their own case, it is even better because they are thinking of writing exams.

“How about those abducted? Will they think of exams? They are thinking of their safety and every leader of concern should think of their safety. How are they feeding there? The trauma they will go through, some of them may not come back sane again. They may not be the same people,” he added.

He noted that the federal government seems overwhelmed and urged it to seek foreign assistance in tackling the situation.

“The federal government is overwhelmed and my call is that even the greatest of nations seeks for assistance, even America. Depending on what they want, they seek for assistance,” he said.

“When will the life of one Nigerian matter to us? Is it when we are all killed? For me, if there are moles in the military and they cannot be exposed, it means the moles are stronger than the government. That is evidence of failure of state.

“Do we want to be like Mexico where drug cartels kill at will? Today, if I tell you, from the place the children were kidnapped to a barrack in Kaduna is ten minutes’ drive. If you abduct 120 students walking on foot, how long would they go in 10 minutes that they cannot be rescued?”

The lawmaker also alleged that some military personnel are leaking security information to the bandits and other criminals in the country.

“But two days later, we saw the bandits with gas masks. Now, who told them? Can we say there are no moles in the military? But leadership is the ability to sieve the good, bad and ugly even in your organization. If you have an organisation of 20,000 people, you cannot tell me they can be all good. There must be moles.

“Leadership is the ability to have the intellect to fish out moles among them. If the military cannot fish out the moles among them, then I am sorry I think there would be no end to this” he said.