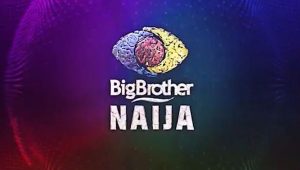 The sixth edition of the show will be hosted by Ebuka Obi-Uchendu, who is known for his amazing fashion sense in and out of the show.

Here are some things you should know about this year’s edition.

1. The sixth edition of the show will commence on Saturday, July 24, 2021, instead of a Sunday as they’ve done in the past five seasons.

2. The first live show would be viewed on Saturday at 7 pm and the second session on Sunday at 7 pm. This implies that there will be two sets of housemate introductions,  the first batch would be introduced on Saturday while the other would be done on Sunday.

4. The popular host of the show remains, Ebuka Obi-Uchendu.

5. MultiChoice will announce two different currencies that housemates will use for transactions in the house on Saturday.

7. The voting system is also changing this year. Viewers can now show support for their faves via web and mobile app voting options. As usual, they’ll get voting capacity based on the standard of their subscriptions. This means that DStv Premium customers will automatically get more chances to vote than others

8. The headline sponsor for the new season is Abeg, and the associate sponsor is Patricia.