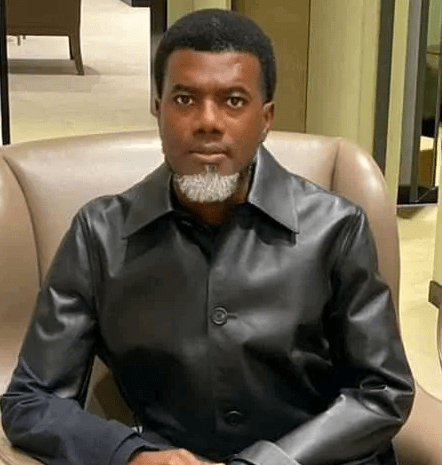 REMO: So These APC People Had ₦100m And None Of Them Donated During The #COVID19

has come hard and criticized All Progressives Congress (APC), Presidential candidates, who bought form worth ₦100 million nairas but contributed nothing during the #COVID19 lockdown.

he also said he donated ₦2.7 million. he said he knows it’s not big at least he tried his best

here is what he said

@renoomokri
Which party controls the affairs of the Nation? If you can’t answer this simple question, then keep calm
Daniel Godwin
@focus1030
Replying to
@renoomokri
Reno you donated 2.7m and you want to start making noise and you are even been economical with the truth as a pastor saying none of the APC people donated nothing. Go back to record and check your fact very well.
1 Thessalonian 5:16 Rejoice Evermore
@iam_ladigold
Replying to
@AIO_IB

@renoomokri
The ruling class are aware that Nigerians forget things very fast e.g. Itunu who died in Ivory Coast prison, Lagos State House of Assembly member representing Amuwo-Odofin 1 Mojisola Alli-Macaulay who diverted palliatives during lockdown for personal use. At I bé bé lò.
Pn stuff
@Pnstuff
Replying to
@renoomokri
But that palliative issue shock me shaaaa ahhh the wickedness was too high..people were hungry and those guys were so selfish to give out food that was to be distributed to the people and no b their money o ahh
Sunny
@SundayM88
Replying to
@renoomokri
Nigeria don’t feel pain,Nigeria pain is just for a moment once election start & u give 2k naira, they forget the past & who gives Money during election is the best All this social media talk is just a wast of time, For 9ja we no dey get sense Politicians will find they way out
niel
@nathanapril28
Replying to
@renoomokri
They hid Palliatives they didn’t donate themselves. There was massive killings (not by the so-called covid), People got jailed. Moneys donated by local companies, Churches, Privates citizens and international communities got sabotaged by this APC. These too must be remembered
Life (good or bad)
@Lifegoodorbad
Replying to
@renoomokri
Both APC and PDP has failed us, why should the price be that high in the first place? just to make it hard for the youth to contest or what? Both parties need to give other a chance ( am not talking about party here) give the youth a chance, our time is now, we are tired of the
Godwin Brown Umoh
@umoh_brown
Replying to
@renoomokri
It’s even got to an extend that the palliative that was meant for the citizens, this so called government leaders were shearing it as souvenirs in their party.
Kalusking
@KLord26696165
Replying to
@renoomokri
They only think of themselves alone,yet they want to grab public offices…they won’t have it this time.whatever it takes Nigerians must take back what belongs to them come 2023
Murphy
@murphy_FTB
Replying to
@renoomokri
Strange but unfortunately a hard reality when hospitas couldn’t afford ventilators. One cant blame them though, since contesting the elections is an investment in itself, access to the national treasury being the intended reward. Helping those in dire need, holds no such promis

So these APC people had ₦100 million and none of them donated one kobo during the #COVID19 lockdown.

I donated ₦2.7 million. Not much. But I am not contesting. These guys had ₦100 million and they didn’t donate. Worse still, they hid palliatives in warehouses!#TableShaker